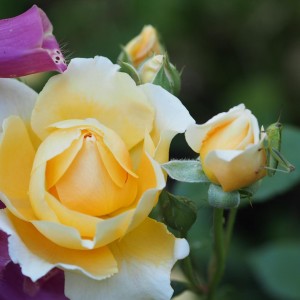 With the ongoing concern about declining bee populations, I am still surprised by the number of clients who don’t want “flowers” that attract bees.  They are afraid of being stung and lump any flying buzzing insect under bees.  In reality it is more often wasps that sting, not bees, so todays blog is how to identify the “bad guys from the good guys” 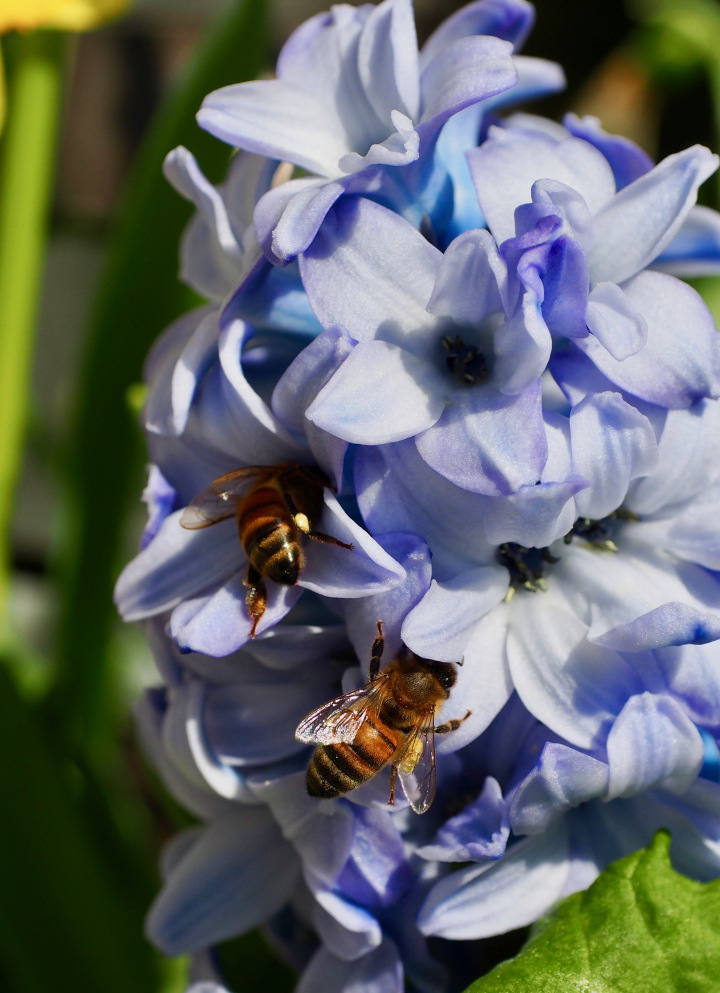 Honeybees on a hyacinth in early spring

Bees and other insects and a few mammals pollinate about 30% of flowering plants and trees.  Bees are essential in the pollination of most fruiting plants and wildflowers.  Without bees there would be no apples, oranges, peaches, cherries, raspberries, blueberries etc.  Many grain crops however are wind pollinated as they belong to the grass family.

There are about 25,000 different species of bees worldwide and 4,000 in North America.  Most are solitary and generally the males do not sting, only the females (figures!)  The honeybee is actually a European import brought over by settlers and cannot pollinate many of the native wild flowers who have can have a bee species specific to them, such as the Southern blueberry bee.  Only the honeybee dies after stinging, our native bees can repeat sting like wasps! 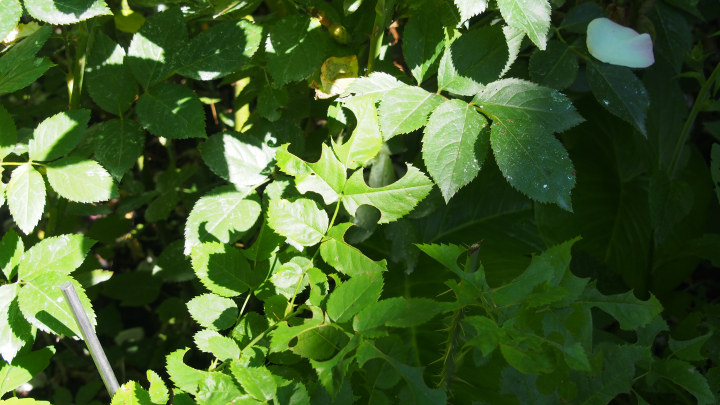 Regardless, all bees are important and essential in the pollination of both food and beauty in the garden.  There is no reason to “bee” afraid of them.  They are focused on gathering pollen and nectar and ignore the rather large lumbering humans around them.  Short of the African bee, they will only sting in defense of their hives/homes or if sat upon.  I’ve never been stung while working in the gardening and poking my camera lens into their tiny little faces!  Wasps on the other hand are far more aggressive, territorial and will chase you and can sting many times over.  Most are carnivorous and are active hunters of other insects and insect larvae. 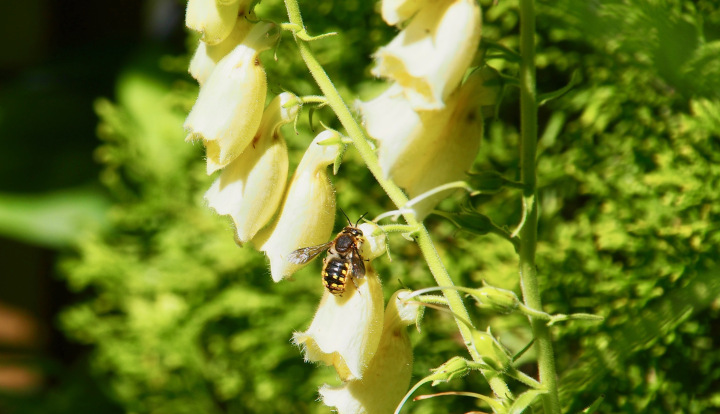 Here are a few characteristics to look for when trying to identify a bee from a wasp.

Bees:  round and stout bodies, short stubby, flat legs often packed with golden pollen sacs, most are hairy or fuzzy, 4 wings that are folded over the back when resting, make a buzzing noise when flying, legs tucked up against body when flying. 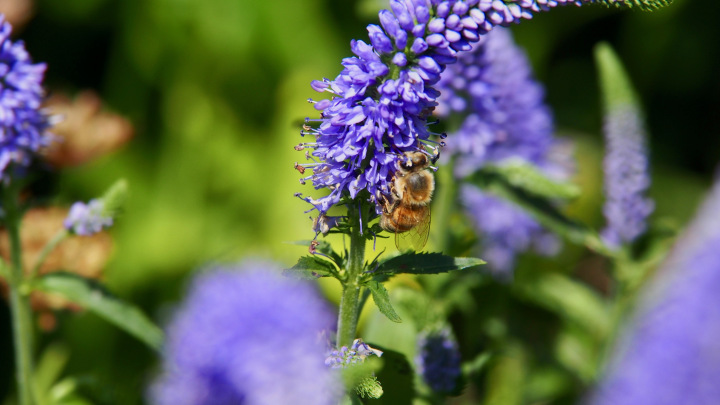 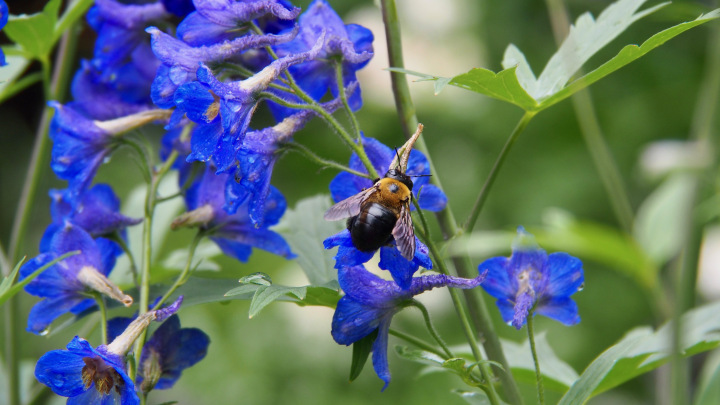 The largest bee, a chubby carpenter bee, is an important pollinator of roses and often mistaken for a bumblebee.  Bumblebees are totally fuzzy, this guy has a shiny butt!

Tiny carpenter bees, all named because they live in holes carved into wood or  in branches

Wasps:  longer more slender cylindrical bodies with a clearly defined waist, almost hairless and shiny bodies, long round legs that dangle in flight, often waver or sway from side to side in flight when looking at something of interest whereas bees tend to hover in front of a flower then dive in, wings are folded along either side of the body when resting, are silent in flight. 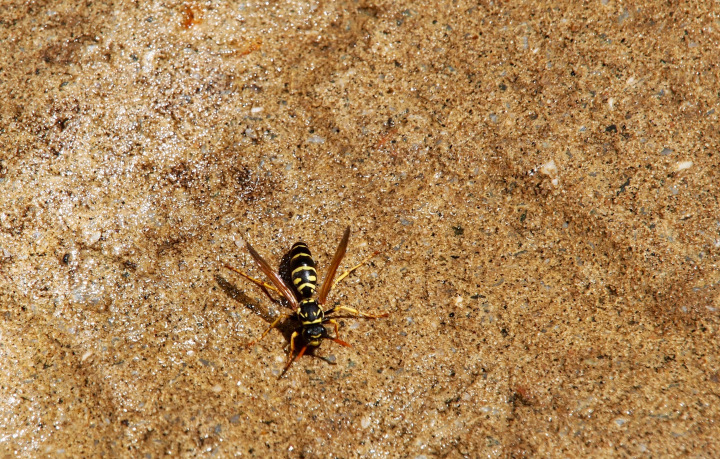 Yellow jacket wasp with wings alongside its body 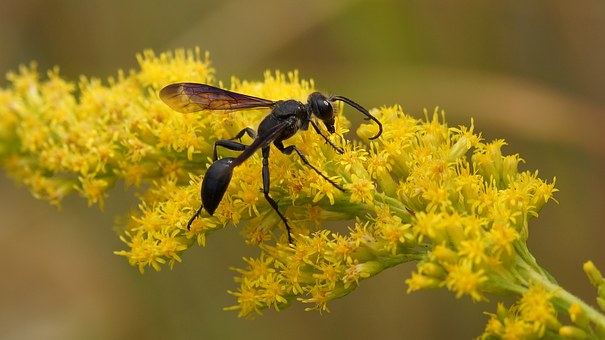 Not all wasps are bad, the main culprits are the yellow jackets that crash your romantic picnic lunch and the large scary black and white bald faced hornets.  Paper wasps, mud daubers and the beneficial tiny parasitic wasps are pretty peaceful. 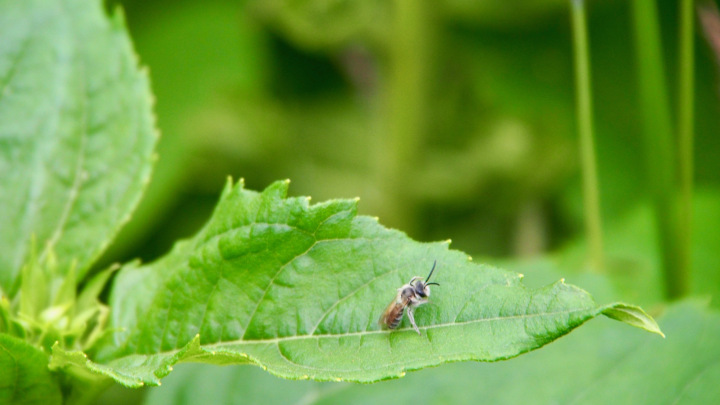 A small native bee, not sure of the species

Apart from bees and wasps there are a host of bee mimics, other insects that look like bees but are totally harmless.  Common ones include the bee or hover flies and bee mimic moths.  The bee flies have only two wings and big round eyes whereas bees have vertical oval shaped eyes and four wings. 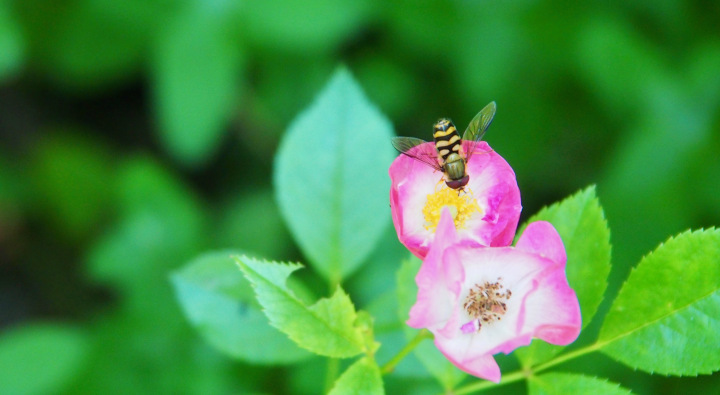 A bee fly.  Note the large round fly eyes and only two wings 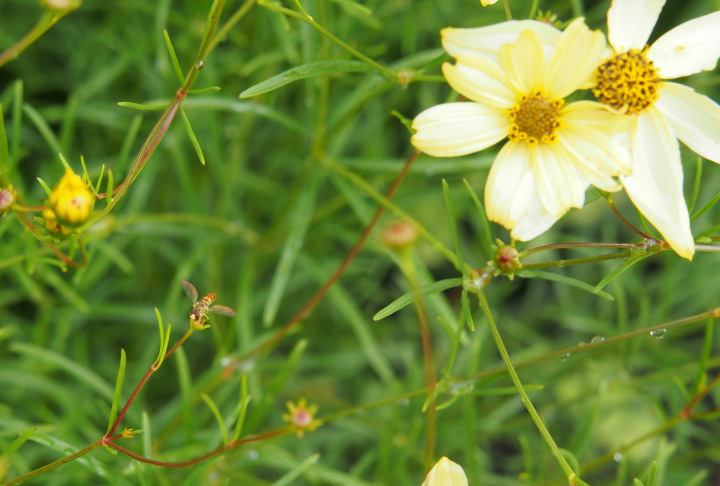 A tiny hover fly on a coreopsis bud

So, there you have your B’s and W’s.  Enjoy the marvellous insect life in your garden that is an intergral part of our world and BEE not afraid (unless of course you are allergic to bee and wasp stings, then make sure you have your epi-pen handy just in case!) 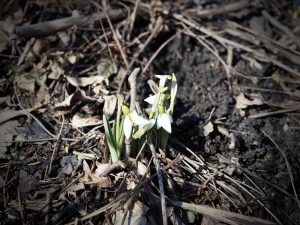